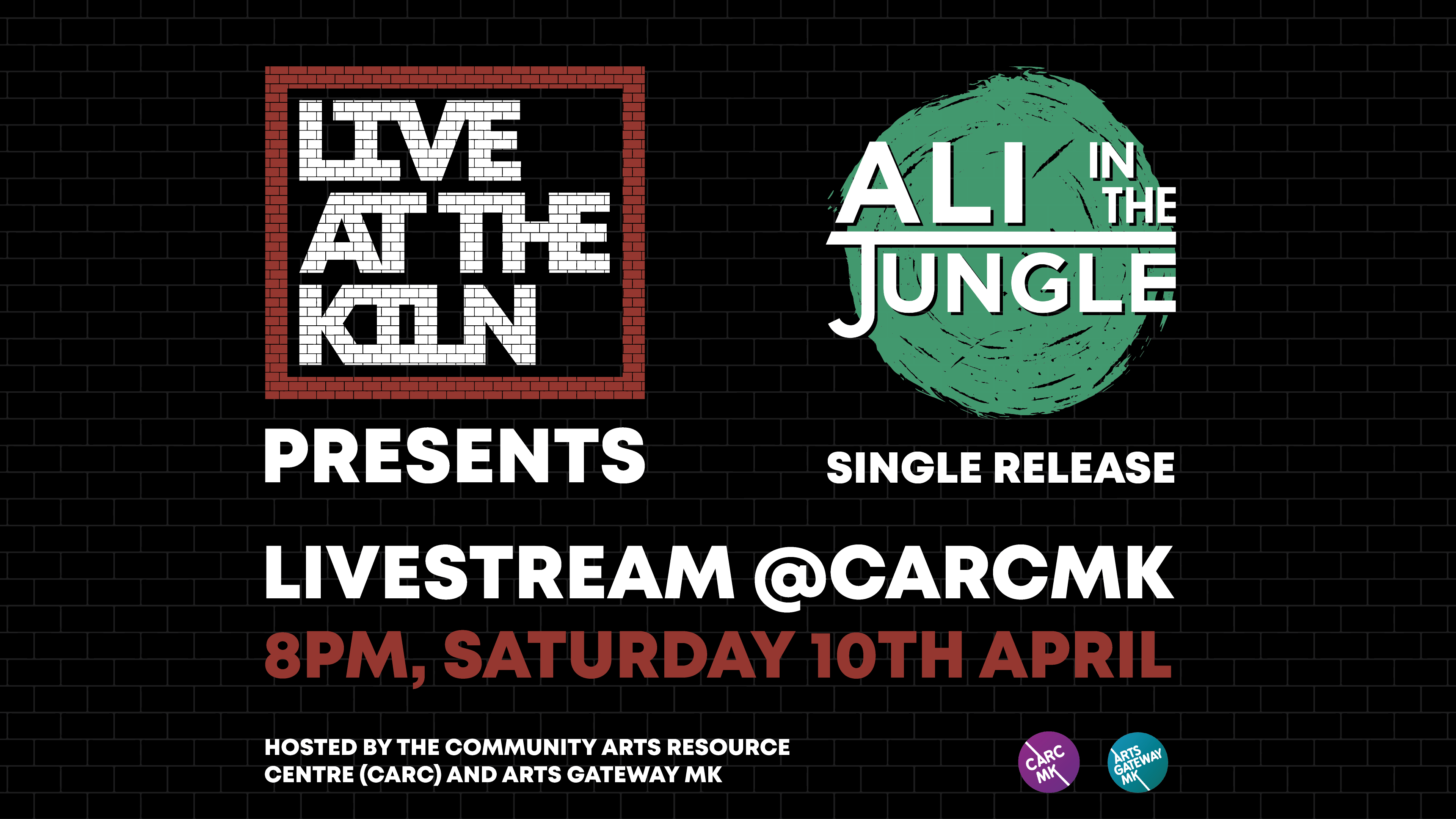 Live At The Kiln presents… Ali In The Jungle

Arts Gateway MK is excited to introduce Live At The Kiln, a new series of livestream performances in collaboration with CARC. For our inaugural event, we have the incredibly talented Ali In The Jungle joining us to release their latest single ‘Fuel On The Fire’ at 8pm on Saturday 10th April.

In case you’re not familiar with Ali In The Jungle, they’re described as indie innovators who been swapping instruments and mixing genres since 2012. They’ll be bringing their combination of sharp wit with raw supercharged piano, post-punk, Britpop, glam, and jazz to our Live At The Kiln premiere livestream event.

Over the weeks and months to come we’ll be providing a platform to even more bands in order to showcase some of the best talent in MK today, live from our location at Arts Central in Kiln Farm. The series will also be highlighting some of the tech, props and staging that CARC has to offer for performers, artists, event organisers and community groups.
It’s gonna be quite the ride, and you are cordially invited to join in.

The livestream is a completely free event, and available via Facebook at 8pm on Saturday 10th April.